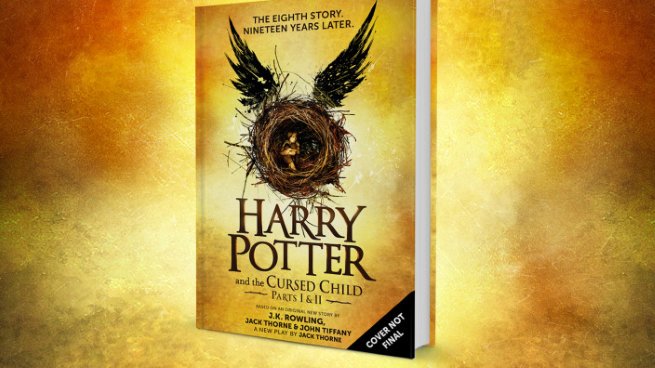 “Good news for fans of Harry Potter who can’t make it to London’s West End this summer. The scripts for Harry Potter and the Cursed Child Parts I & II will be released in print following the play’s premiere.

A Special Rehearsal Edition of the script book will be released following the play’s debut. This edition will include the script used in preview performances and will later be replaced by the Definitive Collector’s Edition, which will include the updated script used during the play’s official run.
Harry Potter and the Cursed Child is the official eighth story in the Harry Potter saga. The play takes place 19 years after the events of Harry Potter and the Deathly Hallows and focuses on Harry, now working for the Ministry of Magic, and his youngest son, Albus Severus Potter.”