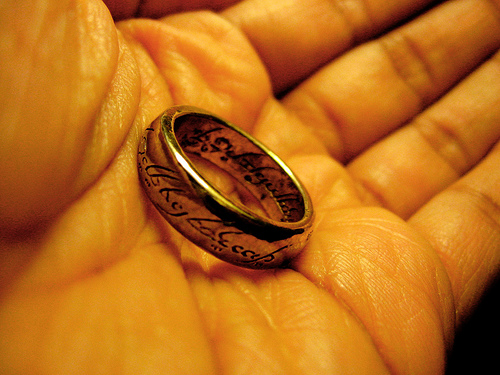 The ‘LORD OF THE RINGS‘ show on Amazon Prime has gotten its official synopsis which was shared by TheOneRing.net.

Before sharing it with you, there are some things I fell you should know. First: the show was announced three years ago and its estimated cost is around $1 BILLION (as of now). According to the agreement between Amazon and the Tolkien Estate, it is said that it must be at least five seasons long. Filming begins this month back-to-back on the first 2 seasons in New Zealand, the same location where ‘The Lord of The Rings‘- and ‘The Hobbit‘- trilogies were filmed.

Secondly, the show will take place in the second age, which is 3441 years long. That’ll be long before the events of the 3rd age in which the films unfold.

Amazon Studios’ forthcoming series brings to screens for the very first time the heroic legends of the fabled Second Age of Middle-earth’s history. This epic drama is set thousands of years before the events of J.R.R. Tolkien’s The Hobbit and The Lord of the Rings, and will take viewers back to an era in which great powers were forged, kingdoms rose to glory and fell to ruin, unlikely heroes were tested, hope hung by the finest of threads, and the greatest villain that ever flowed from Tolkien’s pen threatened to cover all the world in darkness. Beginning in a time of relative peace, the series follows an ensemble cast of characters, both familiar and new, as they confront the long-feared re-emergence of evil to Middle-earth. From the darkest depths of the Misty Mountains, to the majestic forests of the elf-capital of Lindon, to the breathtaking island kingdom of Númenor, to the furthest reaches of the map, these kingdoms and characters will carve out legacies that live on long after they are gone.

Of course the franchise has a HUGE fanbase thanks to Peter Jackson and Christopher Tolkien’s (J.R.R. Tolkien’s third son) dedication to dive in, edit and release his father’s unfinished works: ex: ‘The Silmarillion’, ‘The History of Middle-Earth’, ‘The Children of Hurin’, ‘Beren and Luthien’, ‘The Fall of Gondolin’ etc. And people around the WWW are excited about the news. There are some neat theories based on the synopsis above. I’d like to share the following with you:

“and will take viewers back to an era in which great powers were forged”
“From this statement it’s probably safe to assume they are covering the forging of the rings of power as “forged” isn’t a term usually applied to armies, kingdoms or people.“

“kingdoms rose to glory and fell to ruin”
“This is most likely a reference to the Kingdom of Numenor.”

“unlikely heroes were tested, hope hung by the finest of threads”
“I would guess this is a reference to the Faithful of Numenor who escaped the Downfall and founded the Kingdoms of Arnor and Gondor.“

I think you should join this FB group for updates and info:
https://www.facebook.com/groups/Tolkiens.Second.Age.Series

Swedish filmsite MovieZine reports that production for DCEU’s standalone ‘The Flash’- movie should start this spring.

The project has been announced 2014 and it seems like it’s finally greenlit.

According to the source, Ben Affleck and Michael Keaton will be a part of the feature. They’ve both played Batman in past projects and the explanation, [according to Ezra Miller, who plays The Flash] is parallel universes.

We’ve seen different stories and this allows the DCEU to weave togheter the threads and set up for a new and exciting multiverse. Director Andy Muschietti has mentioned that besides featuring many DC-characters, time travel will be involved, allowing him [The Flash] to change events of his life.

Keep your fingers crossed for the announced November 2022 release. Until then, select territories will get The Snyder Cut on HBO Max.

‘The Watch’ is a new series based on characters from the late author Tery Pratchett‘s ‘Discworld‘- novels. The show will start off with an eight parts first season. Because there’s a lot of lore, interesting characters, stories and humor, fans are hoping more will come.

However, both IMDb and the Youtube video description state that this project is “inspired” or “based” on characters created by Sir Tery Pratchett. In other words: it may not be a storyline or a faithful adaptation of his works BUT as a casual fantasy- fan I’d still be excited.

If it resonates with the audience, there’s no doubt there will be more.

Premieres Sunday, January 3rd on BBC America or stream it on AMC+.

King Akeem Eddie Murphy) and his trusted confidante Semmi(Arsenio Hall) embark on an all-new hilarious adventure that has them traversing the globe from their great African nation to the borough of Queens, New York – where it all began.

The first season premiered 2018 on YouTube Red, a subscription- based (premium) memebership for Youtube, but has been available on Netflix since June. Ralph Macchio (playing Daniel LaRusso) and William Zabka (Johnny) are back in their epic roles.

Things have escalated during these two seasons and it looks like the hardships will go on in January 2021, only on Netflix.

The story behind ‘The Snyder Cut’ of ‘Justice League’ is known by now to all superhero- and DC- fans.

It’s not too long until it arrives on HBO Max (2021) and we all cannot wait to see the director’s original vision on-screen. The following trailer contains scenes unseen before.

Four one-hour long episodes to be releases in a format similar to that of mini-series. It looks dope.

Nov 19 is the date for when the ‘Fresh Prince of Bel-Air’ reunion will premiere on HBO Max.

There should be something for all fans of the ’90s sitcom, from stories from behind-the-scenes to the cast reflecting on the late actor James Avery who played the role of uncle Philip Banks.

There is more ‘Fresh Prince’ on the way.

Here are some film trailers worth posting, even though there was no time for posting them here. You may have seen them or not, but still worth checking.

This footage was revealed at NYCC 2020. Is it seems that the plot centers around Shadow Moon hiding from the new gods in Lakeside, Wisconsin.

Returns early 2021 on STARZ.
According to the show’s Wiki it should consist of ten episodes, yet, according to IMDb there will be eight.

The wole world remebers ‘BORAT’, a character created by Sacha Baron Cohen and made famous to the whole wide world in 2006’s film ‘Borat:(Cultural Learnings of America for Make Benefit Glorious Nation of Kazakhstan)’, where the made-up Kazakh TV personality travels around the US and is basically pi**ing people off.

It was huge at that time, with a budget of aprox $18 million and grossed over $260 million worldwide ($128 million is US alone).

Reports about an upcoming sequel surfaced on the Internet a couple of weeks ago and were soon proven to be true. Amazon bought it and will be be streaming on October 23.

Even this time the complet title is trippy: ‘Borat Subsequent Moviefilm’: Delivery of Prodigious Bribe to American Regime for Make Benefit Once Glorious Nation of Kazakhstan and is another mockumentary comedy film.

‘Free Guy’ is a take on what may possibly happen if an NPC (non-playable character) would become aware of the fact that this world he’s living in is a videogame.

As you’ll see in the trailer below: ones own (repeatedly) death, looting and violent behavior is normal and happens on daily basis. But happens when one of the exposed starts defying it?

Because of the global pandemic the initial planned release in July has been postphoned to December. I hope there’ll be no further delay, I mean – you’ve got a great concept, Ryan Reynolds (amazing actor) as the lead and some romance going on. Will he be able to save his world?

I think that by now neither Henry Cavill nor The Witcher need any further presentation.

I like his new armor for the 2nd season. The initial plan was that for all of us to be able to view it at the end of this year but due to co-vid19 the chances are pretty slim.

The first season is streaming now on Netflix.