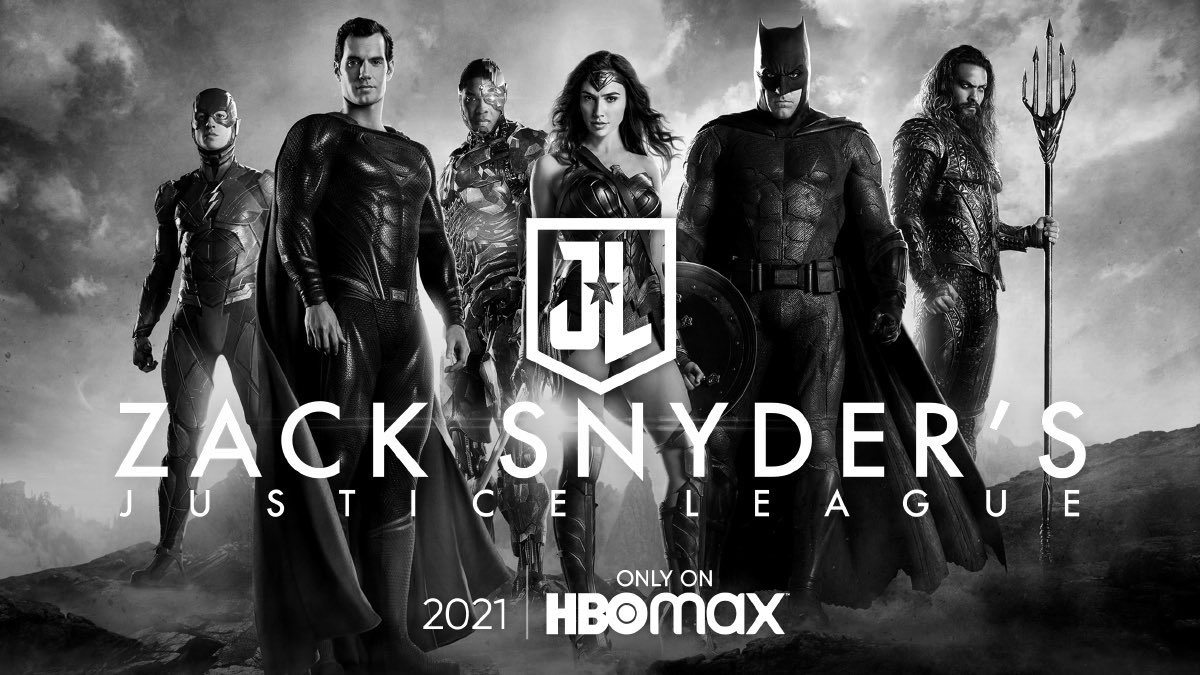 Most fans of the superhero-genre are familiar with the Snyder cut.

DC’s Justice League was released 2017 and features the superhero group that it’s named by.

Zack Snyder served as the original director but had to leave the project due to family tragedy. Joss Whedon continued the task BUT most among the fans, audience and critics were NOT HAPPY with the result. Due to Snyder not being able to supervise the post-production and editing work AND Whedon filming reshoots, it felt too light, deviating from Snyder’s original, darker vision.

Since then, the hashtag #ReleaseTheSnyderCut was used by countless fans around different social media platforms, all of them craving the original version.

And guess what? IT IS HAPPENING!

HBO Max is a new streaming- service that’ll get an US release on May 27th, and it will be the home of the original director cut.

“I want to thank HBO Max and Warner Brothers for this brave gesture of supporting artists and allowing their true visions to be realized. Also a special thank you to all of those involved in the SnyderCut movement for making this a reality,” said Snyder in a statement announcing the news.
Quote source: https://www.theverge.com/2020/5/20/21263044/justice-league-snyder-cut-warnermedia-hbo-max-zack-ben-affleck-henry-cavill-gal-gaot-streaming

Somewhere in between $20 to $30 million will be invested in producing/finishing the “new” cut. Visual effects, scoring new music and re-editing are included in the estimation and that means they do have serious intentions, becuase that’s a hell of a lot of money – a tenth of the original budget.

It’s not clear if it will end up being a nealy 4-hour long film or a six-part series. But we know it will be released 2021. The theatrical version clocked at around two hours.

This is why you shouldn’t drink or do drugs.

Eminem has been sober for over 11 years now. It’s actually twelve on April 20th. I like that even though there’s a lot of alcohol exposure in this video, it also shows the downsides.

Featured on his last album – ‘Music to Be murdered By’ (released on January 17th) – it’s the first track with Juice WRLD released after his death and has just crossed the one million mark in sales in the US, making it eligible for platinum. It also features Eminem’s fastest verse EVER, beating ‘RAP GOD’.

This premiered less than one hour ago as a live stream and features cameos from Dr. Dre and Mike Tyson. Enjoy it and DO NOT drink or do drugs, m’kay?

Could be the best one so far.

Zlatan IS The Skillfull 🙂

So a couple of weeks ago, I’ve first heard of a tidbit called chess problems or chess puzzles.

While I haven’t played the sport in a long time, I found it interesting enough to look it up on Youtube and see what’s all about.

A common puzzle could be how to mate in 3 moves. Depending on how advanced (or basic) the puzzle is, you have a certain starting point or a set of pieces. You could step up your skills by solving some of the problems.
I’ve chosen to embed three playlists, each containing a couple of puzzles.

The Bottle cap challenge has gone viral. Stars like Jason Statham and Conor McGregor have completed it.

I know present to you another celeb up to the challenge: Donnie Yen! And… he does it while blindfolded! 😯😯😯

Stars such as Jason Statham(Transporter, Crank, Fast & Furious) and Conor McGregor(MMA star) had showed their precision skills in the gone viral challenge Bottle Cap Challenge. What’s all about? Well, check out the two videos bellow:

The following video claims “the truth behind the challenge(how it all began)”.

Almost four decades after he drew first blood, Sylvester Stallone is back as one of the greatest action heroes of all time, John Rambo. Now, Rambo must confront his past and unearth his ruthless combat skills to exact revenge in a final mission. A deadly journey of vengeance, RAMBO: LAST BLOOD marks the last chapter of the legendary series.

We have been treated with a lot of qulity superhero- productions for the last decade. From Marvel’s MCU to DC’s Arrowverse we have laughted, cried and cheered with our favorite characters from the different universes.

Amazon is heavy locking on being a relevant and up-to-date contender in the legal streaming wars. THE BOYS culd very well become the next thing just as THE UMBRELLA ACADEMY(Netflix) or AMERICAN GODS(Starz).

The series is a tale on how it goes when superheroes don’t abuse their powers and how the powerless take on such powerfull characters.

These are the books bought today:

Saturday I bought these:

The weekend before, I bought these:

I needed ‘SHANNARAS TALISMANER’ to complete the “ARVET FRÅN SHANNARA’ (THE HERITAGE OF SHANNARA) 4 books long series. It’s the same size as the first 3 in the series – which I got 1 year ago. There are more ‘SHANNARA’ series but this one I’ve completed.
Cost: 20kr / ~2EURO

‘FÖRSTFÖDD’ (FIRSTBORN) is a thriller with elements of fantasy(urban) and superheroes. The TV show based on this book premiered a couple of weeks ago on VIAPLAY. The trailer to the show got over 50 views on this site.
Cost: 10kr / ~ 1EURO

‘MIN FAR HADE EN DRÖM'(‘MY FATHER HAD A DREAM) is a memoir book written by former POTUS – BARACK OBAMA. I lik him and I am sure that I’ll get valuable life lessons out of this one.
Cost: 10kr / ~ 1EURO