‘Assasins’ Creed: Valhalla’ looks smooth and features elements of, perhaps, my favorite mythology – Norse; focusing on vikings around the beginning of 9th century.

Players will experience an open-world smallar than ‘Odyssey”s, with a protagonist of both genres – male or female. Here’s more info.

‘Assassin’s Creed: Valhalla’ has officially been revealed a couple of hours ago.

You’ll be able to choose gender, the main character is Eivor and the timeline is around the beginning of the 9th century. The adventure is to take your clan to England where great challenges awaits.

15(!) studios have been involved in the development of what seems to be Ubisoft’s BIGGEST TITLE EVER.

Exciting! An immense congratulations to our studio warriors for all the good work and passion building to that reveal. We’d also like to thank the 14 co-dev studios all around the world. You know who you are, and we’re thankful for your dedication! Skàl! pic.twitter.com/hBPpFZKkrP

Here are some photos rendered with the in-game engine: 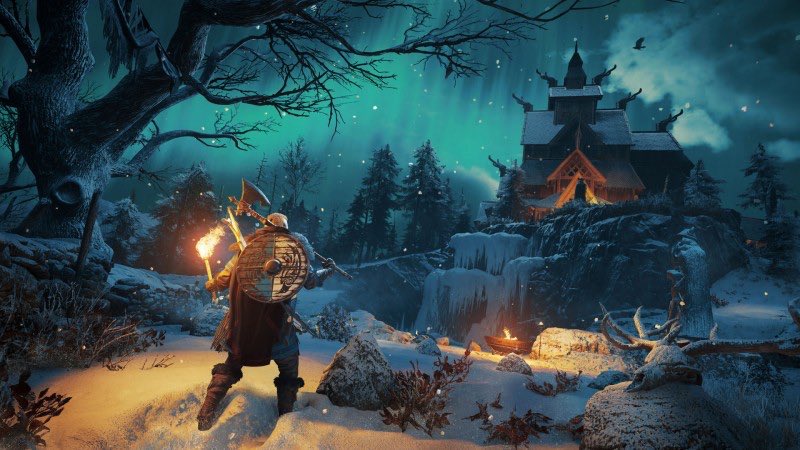 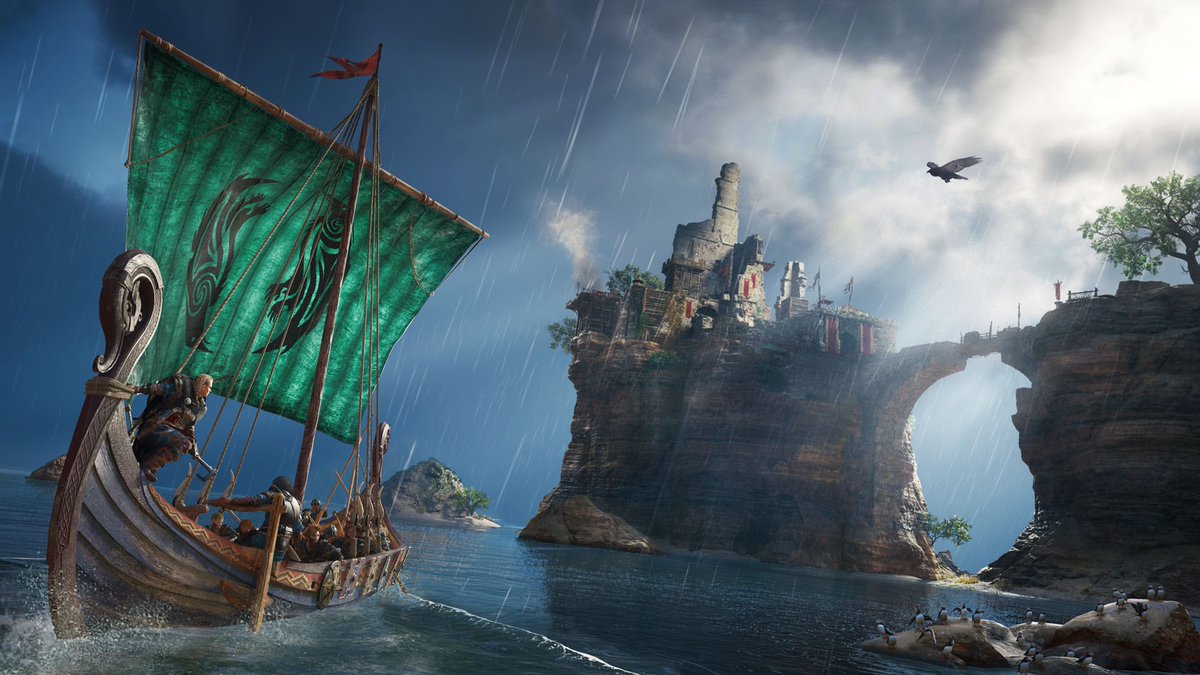 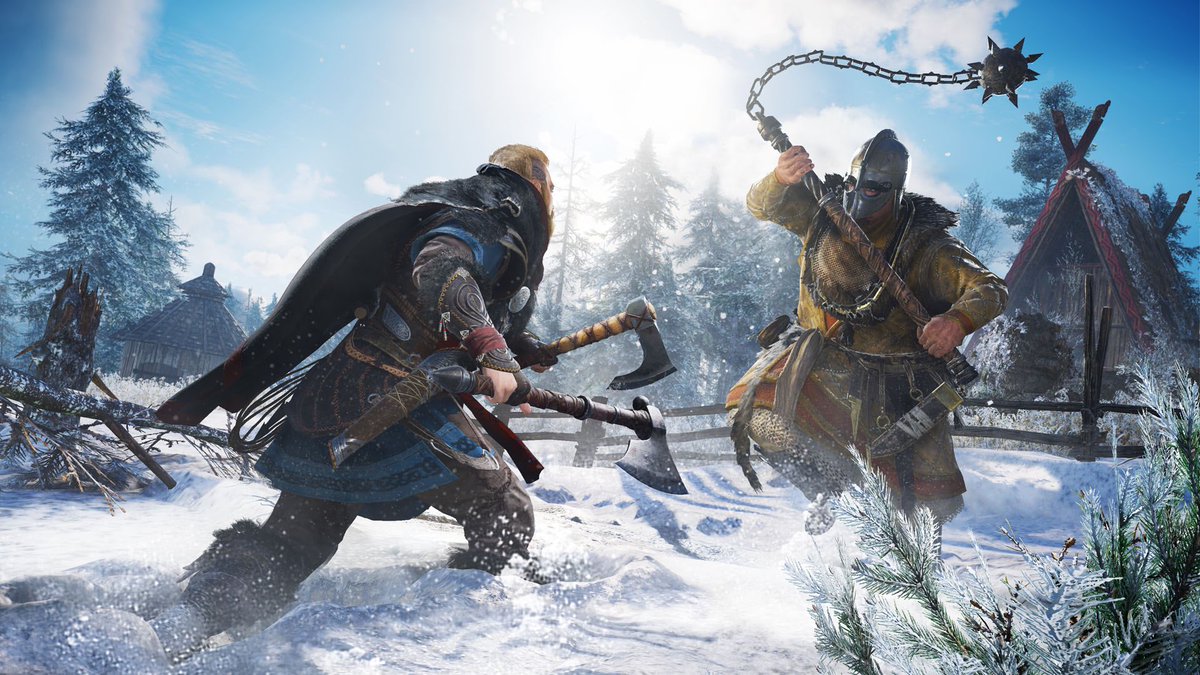 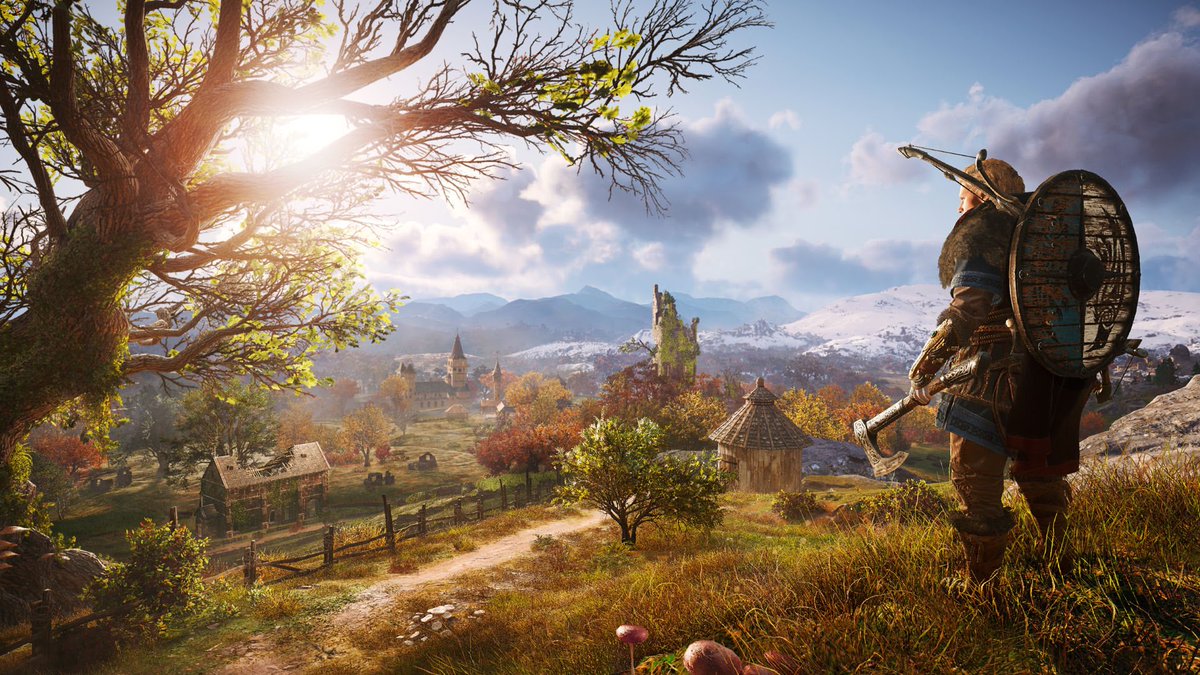 ‘Assassin’s Creed: Valhalla’ will follow in its predecessors’ footsteps and offers an open-world adventure with RPG mechanics. There are fishing, hunting, drinking games, and more.

Epic raids launched from boats or ground against fortresses throughout England. Lead your clan in surprise attacks from your longship and pillage enemy territories to bring riches and resources back to your people.

Construct and upgrade buildings that allow for deep customization, including a barracks, blacksmith, tattoo parlor, and more. Recruit new members to your clan and personalize your Viking experience.

The cinematic reveal is here:

The environments alternate from epic battlefields to green plains.

The reports pointing towards a viking/norse-set new ‘Assassin’s Creed’- title were true. Artwork was officially revealed (as seen above) and we’ll be getting a cinematic trailer tomorrow. Here’s the link for ya’ll waiting; it’ll be a live world premiere:

Assassin’s Creed III Remastered will be available on 29th March, 2019 on PC, PS4 and Xbox One.

Relive the American Revolution or experience it for the first time in Assassin’s Creed® III Remastered, with enhanced graphics and improved gameplay mechanics. Plus, Assassin’s Creed Liberation Remastered and all solo DLC content are included.

My first AC game was Origins on PS4. Real fun. Anyways, I find this video to be one of a kind. Enjoy!

The Gods do not define your destiny. Defy prophecy and choose your fate. This is your Odyssey!

Separate from our visit to Ubisoft Quebec for our month of exclusive Assassin’s Creed Odyssey coverage, we recently had the chance to fight Medusa in a full mission from the game! Below are timecodes for some of the big moments from the surprisingly supernatural quest:
3:22 Mercenary fight
7:01 Acquiring the relic
14:43 Arrival at the Petrified Temple 16:34 Main character dies canonically 16:57 Medusa boss battle

See you at E3! pic.twitter.com/03NTPhCkCf

The dead seek justice in the new Assassin’s Creed Origins mythology expansion, The Curse of the Pharaohs. Available to download on all platforms March 13.