More gameplay sequences from ‘Baldur’s Gate 3’ have emerged and we’re in for more “starting June 6“, according to developer Larian Studios.

Throughout June, we'll be revealing more about #BaldursGate3 starting June 6, on the #GuerrillaCollective Showcase. https://t.co/alQZxS4kH6 It's almost time to venture forth. pic.twitter.com/I4Cjrf0BIT

The title was announced last year (on June 6th). At the end of February this year, gameplay footage premiered. 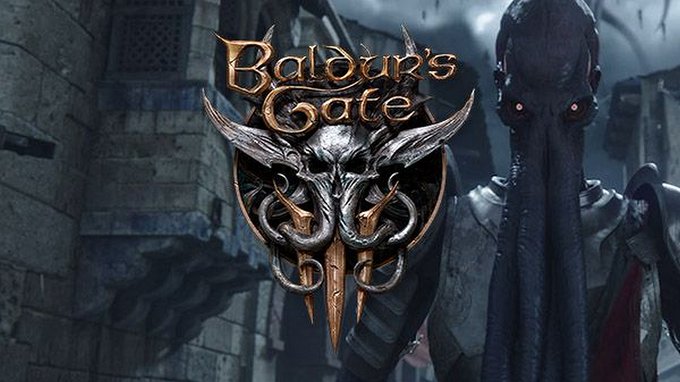 During this evening’s Google Stadia, the next project from the makers of Divinity: Original Sin was officially announced and it’s (as rumored : Baldur’s Gate III.

It’s Laria‘s biggest project ’til now with a team of over 300 people. There will be both single- and multi – player. It’s announced for PC and Stadia with no official release date.

You can subscribe on the game’s official site for updates.

The picture above is taken from Larian’s website – the developers behind Divinity: Original Sin 2. It MUST be a teaser for an upcoming project.

However, insted of Divinity: Original Sin 3, which would be the most logical conclusion, sources are claiming it’s in fact a tease for Baldur’s Gate III.

Kotaku is convinced it may be.

My opinion? Well, the more isometric RPGs we get, the merrier. I would expect an official announcement around, or – at – E3.

A new expansion in the Baldur’s Gate saga has been announced.

Though Sarevok is dead and his plan for war averted, peace eludes the citizens of Baldur’s Gate. A crusade marches in the north, seizing supplies, forcing locals into military service, and disrupting trade along the Sword Coast. A charismatic warrior known as the Shining Lady leads this army, her background shrouded in mystery. Can the rumors be true—is she, like you, the child of a god?

The closer you get to the Shining Lady, the more you realize your father, the dead Lord of Murder still casts a long shadow upon your path. Baldur’s Gate has put its faith in you, but you must determine whose interests you truly serve before you face the Shining Lady among the ruins of Dragonspear Castle…

There is no release date yet but the developers say it will be out “soon” for PC, Mac and Linux and later on for Android and iOS.