Cover star Kylian Mbappé is all over it plus cameos for Borussia Dortmund’s Erling Braut Håland and Liverpool’s Trent Alexander-Arnold.

‘FIFA 21’ arrives on October 9th on Xbox One, PS4 and PC and supports the FREE upgrade system for next-gen consoles, until the day before ‘FIFA 22”s release (PS4 to PS5 or Xbox One to Xbox Series X.

FIFA 20 launches worldwide September 27 on PlayStation 4, Xbox One, and PC.

The lastest and most interesting (to me) trailer which presents five gameplay changes aiming to take this year’s version to new heights.

This one is labeled as “Official Gameplay Trailer” and was released just a couple of days ago:

As expected, there will be a new FIFA game. Out 27 September.

There will be a new game mode, called Volta and it’s basically FIFA Street, which is great news.

Expect it to arrive on all consoles and PC.

Cristiano Ronaldo is now in his Juventus kit on the new covers for FIFA 19!

The Champions edition will feature Neymar alongside Ronaldo. 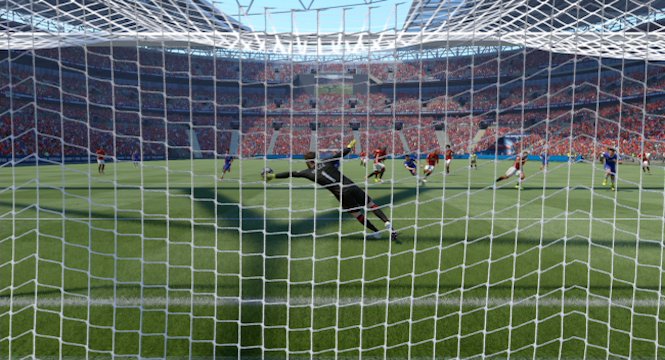 During a FIFA-event in Paris last weekend, GameReactor got the chance to speak to chief competitive officer Peter Moore from EA. The following was stated:

“Well, as we have said, we are custom-building a FIFA version for the Nintendo Switch. It will be FIFA 18, and it will obviously be later this year when FIFA 18 comes out.

I look forward to seeing the Nintendo Switch, we are not far away from its launch and in fact, here in Paris, I was very impressed to see FNAC stores with Nintendo Switch in the windows.”

Gamereactor asked if it would be a down-scaled version of the game or something simillar to the X360 and PS3 versions. Moore said the following:

“What you have will be a custom built version for the Nintendo Switch from the FIFA development team in Vancouver.”

The FIFA council has voted in favour of expanding the FIFA World Cup tournament number of teams from today’s 32 to 48 by the WC tournament 2016.

There will be 16 groups of 3 teams. The teams will face eachother and the first 2 in each group will move through to knockout stages. The new system has been unanimously voted by the council members. “Today, we are announcing that 16 Brazilian teams will be available in FIFA 16. The teams with authentic crests and club names are, Atlético-MG, Atlético-PR, Avaí, Coritiba, Chapecoense, Cruzeiro, Figueirense, Fluminense, Grêmio, Internacional, Joinville, Ponte Preta, Palmeiras, Santos, São Paulo, and Vasco da Gama. At launch, the 16 Brazilian teams will appear with authentic crests and kits. Updated player names and visuals will need an online* update when and if available.

“We have worked to create the best possible experience for FIFA fans in Brazil and around the world to include Brazilian teams,” said Jonathan Harris, Brazil Manager, EA. “We know FIFA fans love playing with Brazilian players and teams across the game, so adding 16 clubs is positive news for all fans.”

Stay tuned as we will release the full list of Leagues and teams available in FIFA 16 shortly.”

For the first time in the franchise’s history, the player on the cover of the game was decided after a fan voting.

This is the first time that a Liverpool player is on the cover of any game in the series.
FIFA 16 will be released on all platforms, except Nintendo’s on September 25.

Sepp Blatter and prince Ali (Ali bin al-Hussein) were the candidates running for the position as head of FIFA.
One of them had to gain 140 votes out of 206 to secure the win and after the first voting round, none succeeded to do just that. The votes were divided – 133 to Blatter and 73 to Ali, which meant that a second voting round was needed in order appoint a winner.

The challenger Ali then took the scene and announced that he intended to resign as a candidate and he did that aswell. Blatter won by his oppontentäs resign and remains as head of FIFA.

Sepp Blatter is now at his fourth mandate as the head of FIFA and he will be 82 years when this mandate ends. This means four more years with him as head of the association.

Many newspapers around the globe, have required that he should leave his position, folllowing the corruption case that FBI have revealed earlier this week, on Wednesday morning when no less than 13 members of the association led by Blatter have been arresten, accused of corruption. The attorney claims that the corruption have been going for 2 decades. It’s yet unknown Blatter’s role around this or if he even knew something at all.

So for the first time in the franchise’s history,  EA will introduce women’s football teams.

Players will have the opportunity to play with 12 women national teams.