Here are some film trailers worth posting, even though there was no time for posting them here. You may have seen them or not, but still worth checking.

The wole world remebers ‘BORAT’, a character created by Sacha Baron Cohen and made famous to the whole wide world in 2006’s film ‘Borat:(Cultural Learnings of America for Make Benefit Glorious Nation of Kazakhstan)’, where the made-up Kazakh TV personality travels around the US and is basically pi**ing people off.

It was huge at that time, with a budget of aprox $18 million and grossed over $260 million worldwide ($128 million is US alone).

Reports about an upcoming sequel surfaced on the Internet a couple of weeks ago and were soon proven to be true. Amazon bought it and will be be streaming on October 23.

Even this time the complet title is trippy: ‘Borat Subsequent Moviefilm’: Delivery of Prodigious Bribe to American Regime for Make Benefit Once Glorious Nation of Kazakhstan and is another mockumentary comedy film.

‘Free Guy’ is a take on what may possibly happen if an NPC (non-playable character) would become aware of the fact that this world he’s living in is a videogame.

As you’ll see in the trailer below: ones own (repeatedly) death, looting and violent behavior is normal and happens on daily basis. But happens when one of the exposed starts defying it?

Because of the global pandemic the initial planned release in July has been postphoned to December. I hope there’ll be no further delay, I mean – you’ve got a great concept, Ryan Reynolds (amazing actor) as the lead and some romance going on. Will he be able to save his world?

The next epic sci-fi adventure is ‘Dune’.
Based on the classic work with the same name, written by Frank Herbert, it follows a brilliant and gifted young man – Paul Atreides (played by Timothée Chalamet) – destined for greatness.

Beside that the trailer is elegantly perfect, the project is split in two parts
https://nerdist.com/article/dune-split-into-two-movies-denis-villeneuve/

In US theaters December 18.

‘Tenet’ is expected to be THE BLOCKBUSTER to attract people back to theaters during these troubled times.

It’s another mindbending project from Christopher Nolan the mastermind behind ‘The Prestige’, ‘The Dark Knight’-trilogy, ‘Inception’ and ‘Interstellar’ and that alone hypes people up.

Beside that, the release has been pushed back a couple of times BUT: it’s set to premiere in UK, across Europe and Asia on August 26th; US will get in on September 3rd.

We have seen film footage in form of two trailers but there’s more just released a couple of days ago. Enjoy!

‘Tenet’ is one of the latest major projects to get pushed back. It will however arrive just two weeks later than planned.

Other big projects pushed back were ‘Wonder Woman 1984’, ‘Black Widow’, ‘Mulan’ and ‘New Mutants’. (The following concern US theatrical releases)

While we’ve already seen photos of the new designed Batmobile , we finally have a closer and more detailed look.

The project is being directed by Matt Reeves, whose credits includes directing ‘Dawn of the Planet of the Apes’ (2014) and my first impression is that we’ll see something simillar to Christopher Nolan’s ‘The Dark Knight’- trilogy; in other words, a closer-to-reality Batman.

That is supported by the fact that Reeves’ is said to have “re-worked the story to focus on a younger Batman, hoping to emphasize the detective aspect of the character to a greater extent than previous films“.
Source: https://en.wikipedia.org/wiki/The_Batman_(film)

The role as the caped crusader at night and billionaire Bruce Wayne in the day will be portrayed by Robert Pattinson, known for his role as vampyre Edward in the ‘Twilight’- saga.

Because of the Co-vid19 pandemic, the project has been postponed since March and the release pushed. It was initially planned for June, 25th 2021, and moved to October 1st, 2021.

The Guardian has reported that high-end movies- and TV- projects are now greenlit to resume production and that includes ‘The Batman’, ‘Fantastic Beasts 3’ and the second season of Netflix’s ‘The Witcher’.

Here are the new photos.

Almost two weeks ago, news that the Snyder cut will see daylight stunned the Internet.

It’s ‘Justice League’s original director Zack Snyder’s vision of the fifth film in DC Comics’ based movie universe, also known as DCEU (DC Extended Universe). It gathers Batman, Superman, Wonder Woman, Cyborg, Aquaman and The Flash. The theatrical cut was around 2 hours long and severe edited due to Snyder’s withdrawal from the project. It will however premiere on HBO Max next year and it’s said to double up the fun – it’s a 4 hours long footage that has yet to be decided upon if it will be released as a movie or splitted into a 6- parts series.

To top this great announcement, Comicbook.com has learned that Henry Cavill, the actor playing the role of Superman in ‘Man of Steel’, ‘Batman v Superman’ and ‘Justice League’ will make a return into the DCEU franchise. It is however, according to the same source, likely that he will be used in supporting roles or cameos, BUT they also state that “Warner Bros. and DC Comics are still figuring out where the character best fits in upcoming films“.

This announcement comes after a long period of negative reports and speculations about the future of Cavill’s Superman.

I can’t wait for the Snyder Cut to finally arrive and see where the DCEU will be heading. ‘Wonder Woman 1984’ (‘Wonder Woman 2’) should hit theaters in August and there are more DCEU- tied projects planned, among these a solo ‘Batman’ feature. The first ‘Wonder Woman’- installment, ‘Aquaman’, Joaquin Phoenix’s ‘Joker’ (Oscar winner) and ‘Shazam!’ were very well received by critiques and audiences. 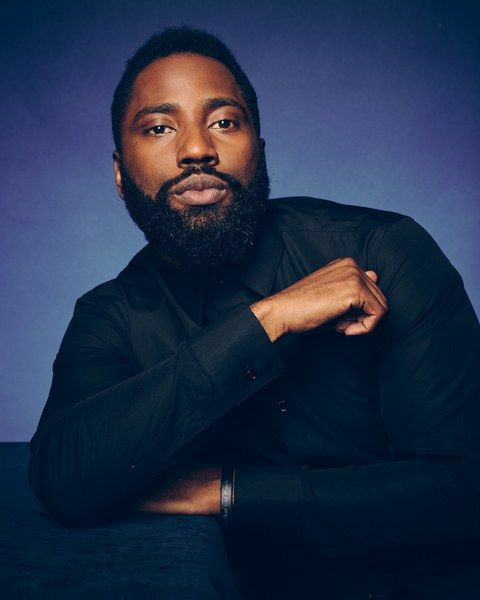