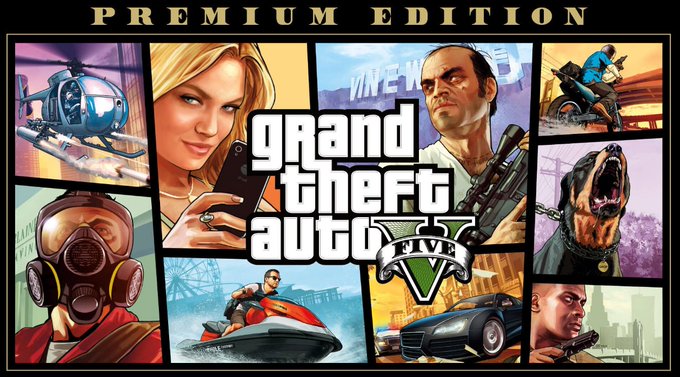 Dreaming of going back to Vice City? This GTA 5 mode got you covered!

Version 1.0 of ‘GTA: Vice Vity’ mod has just been released. It’s created by lunchxbles and includes remastered visuals and models as well as the entire map of Vice City. Revisit old locations with updated graphics.

Remember that it beeing a mod, it’s not a game and therefore there are no missions. BUT, there are tools that’ll allow players to create their own custom experice: own scenarios using classic characters and vehicles.

And with the GTA V community active and creative, this could be the start of something big. Maybe the next step?

A billionaire tech mogul, an idealistic intelligence agent, a socially awkward conspiracy theorist and a neurotic supercomputer have been forced into an unlikely alliance to save San Andreas from total annihilation. As apocalyptic threats mount from enemies unknown, you and your criminal crew are enlisted to un-tangle mysteries and eradicate threats spanning from the bustling streets of downtown Los Santos to the ocean floor and all the way to the inner depths of Mount Chiliad in an epic new online adventure.

The Doomsday Heist is coming to Grand Theft Auto Online on December 12th.

Take-Two and Rockstar have recently revealed that 75 millions (!) copies of the game have been shipped to stores worldwide. It’s mindblowing and some of those numbers are achieved thanks to the fantastic mod community around the title.

The latest video from youtuber “GamingWithKev,” lets viewers see a Batman mod in action. The mod in question is called “Arkham Knight Batman Beyond 2039.” If you want to give the mod a try yourself you can find it right here. You can also check out an hour of gameplay below:

According to Gamereactor, the latest sale numbers are in. GTA V has now sold 75 millions copies of to stores.

Rockstar has also announced that they will continue develop for the game even after Red Dead Redemption 2 is released.

GTA is one of the most popular series all time and very lucrative for its developer and publisher.

With GTA 5, there came GTA Online, a multiplayer add-on to the game with its open world map to be explored and with various tasks, challenges and missions to complete. It was popular and the gamers were instantly hooked.

A report now states that GTA Online micro transaction has grossed the impressive half billion dollars. Players are able to speed up their progress by buying in-game stuff with real money.

We can gratulate Rockstar for a good game and a very profitable business model.

“GTA 5 in Minecraft, that’s our current project. We will be building and recreating everything from mountains to high skyscrapers and buildings. The map will be on a 1 to 1 scale and will roughly be 7500 by 7500 blocks. The map was started on January 10, 2015.”
Text source: Youtube Video Description

Modders are making all kind of games more interesting, or at least change the gameplay of the games.

With GTA 5’s mode scene being creative, there is now a mod that lets you fly the Millennium Falcon above the streets of Los Santos.

Lowriders are coming to GTA Online next week, on October 20.

Visit Benny’s website via the shortcut on your in-game phone to choose from a half-dozen select customizable vehicles – then bring them down to the man himself for an upgrade that unlocks new custom lowrider mods. Deck out your engine block with covers and air filters, coat your interiors with velour, leather and patterns, choose custom colors and designs for your dials, or add a new steering wheel and custom shift levers. Give your ride lift with hydraulics – the more powerful the pumps, the higher you can bounce. And boost your stereo’s performance with new speakers and subs in the back.

Players will be able to use the Player Interaction Menu while inside or outside the car to open up the vehicle doors, hood and trunk, switch on the engine to flash your neons and bump your favorite radio station for all to admire. Crew car shows are about to go next level.

Oh, and there will be new missions as well. Head over to Rockstar‘s page for more info on the Lowriders update: http://www.rockstargames.com/newswire/article/52515/gta-online-lowriders-coming-next-week-october-20th

“Freemode Events in Grand Theft Auto Online are a new advancement in open world gameplay, giving players access to a range of seamlessly integrated games and challenges in GTA Online’s Freemode. Taking full advantage of the latest generation of consoles and PC hardware, there are no menus, lobbies, or load times – just an open Freemode session filled with Friends, Crewmates, rivals, and randoms where spontaneous and chaotic new games and challenges will appear.

One of these events can kick off at any given moment while in Freemode, and you can customize your session to decide exactly which ones will happen – so you can play as much or as little of this new content as you like. With countless variations on each Freemode Event, there are tons of unique new experiences, each offering new opportunities for reaping GTA$ and RP in GTA Online.

Feeling locked and stocked? Look out for King of the Castle – an every man for himself turf war where you’ll need to ascend and claim the designated ‘castle’ as your territory – and then fend off everyone else as they go all out to dethrone you. Form fragile alliances and work together in modes like Hunt the Beast, where one volunteer is temporarily transformed into a faster, stronger, beastly character who must escape relentless pursuers. Freemode Events also take the shape of insane stunt challenges, such as popping the longest wheelie, catching the most air in a land vehicle, or performing the most near misses in a vehicle without crashing.

Also included with next week’s update are two brand new Adversary Modes. First, Hunting Pack: you’re part of a team tasked to deliver a priority vehicle rigged to explode if it drops below a minimum speed, while your opponents race, ram and batter to take it down. Or try Cross the Line, where heavily-armed squads face off across a neutral zone – with the goal of having all team members strategically penetrate their opponents territory to claim victory. The Freemode Events Update also brings the Rockstar Editor to PlayStation 4 and Xbox One with new features (also being added for current PC users as well) such as an ambient audio and sound effects library, Snapmatic integration, Director Mode updates and more.”

Rockstar Games has announced that GTA V’s video editor (available now for PC) will arrive to consoles next month.

Initially, the video editor was PC exclusive but the developer has changed its plans and announced it for the console versions of the game back in May.

The consoles targeted are PS4 and Xbox One. Last gen consoles are not included in the plans.

Besides the video editor, there are some new cool features arriving to both the current-gen versions of the consoles and the PC. Here are a couple:

The update will roll out as a downloadable update next month.