The finale of the Skywalker saga arrives in theaters this December. Two new posters have arrived.

In the aftermath of Thanos wiping out half of all life in the universe, the remaining Avengers must do what’s necessary to undo the Mad Titan’s deed.

Fit for royalty. #BlackPanther is specially formatted to show up to 26% more image in IMAX! Get tickets now: https://t.co/mRfXi9eDGv pic.twitter.com/SVLP62oorg

After the events of Captain America: Civil War, King T’Challa returns home to the reclusive, technologically advanced African nation of Wakanda to serve as his country’s new leader. However, T’Challa soon finds that he is challenged for the throne from factions within his own country. When two foes conspire to destroy Wakanda, the hero known as Black Panther must team up with C.I.A. agent Everett K. Ross and members of the Dora Milaje, Wakandan special forces, to prevent Wakanda from being dragged into a world war.

Picking up immediately after the events in Resident Evil: Retribution, humanity is on its last legs after Alice is betrayed by Wesker in Washington D.C. As the only survivor of what was meant to be humanity’s final stand against the undead hordes, Alice must return to where the nightmare began – Raccoon City, where the Umbrella Corporation is gathering its forces for a final strike against the only remaining survivors of the apocalypse. In a race against time Alice will join forces with old friends, and an unlikely ally, in an action packed battle with undead hordes and new mutant monsters. Between losing her superhuman abilities and Umbrella’s impending attack, this will be Alice’s most difficult adventure as she fights to save humanity, which is on the brink of oblivion. 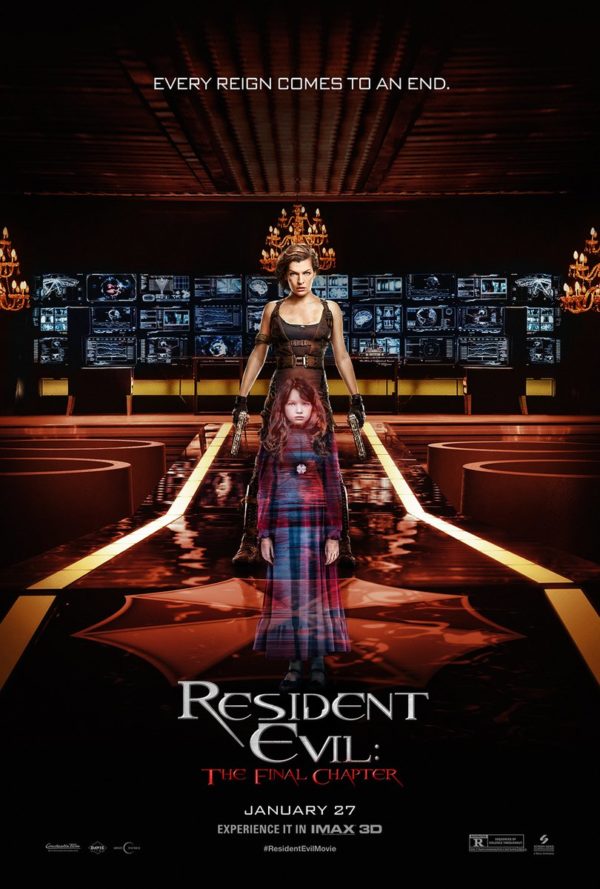 The film will swing into theatres July 7 2017.
Source: http://www.cultjer.com/marvels-spider-man-to-get-imax-release&lt

Based upon Marvel Comics’ most unconventional anti-hero, Deadpool tells the origin story of former Special Forces operative turned mercenary Wade Wilson, who after being subjected to a rogue experiment that leaves him with accelerated healing powers, adopts the alter ego Deadpool. Armed with his new abilities and a dark, twisted sense of humor, Deadpool hunts down the man who nearly destroyed his life.

There is also a new poster released, for IMAX. Check it out below: 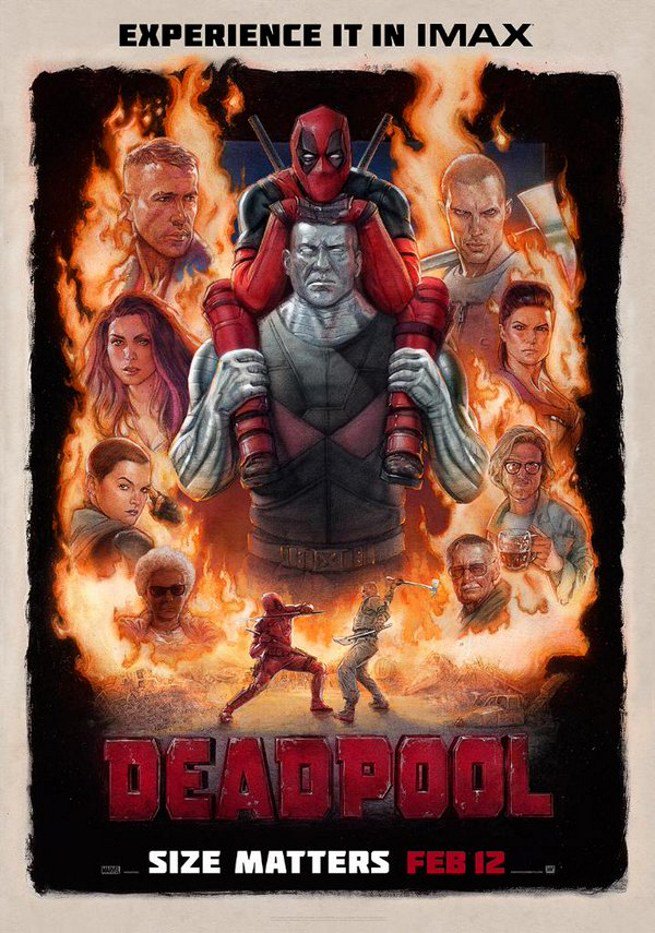