The RTS- series ‘Battle for Middle-Earth‘, based on the Tolkien-created LOTR- universe are among the best strategy games ever made AND perhaps the best using Warner Bros.’ license.

The footage above is the first gameplay reveal of the enthusiasts- based remade project. It’s based on the first game in the series, released 2004 by EA. A sequel(BFME2) and an expansion to the sequel(The Rise of the Witch-king) followed the original.

The license went back to Warner Bros. in 2008, so ‘Battle for Middle-Earth: Reforged’ could become the closest thing to a remaster for at least a couple of years. The makers state that this is a non-commercial fan project currently under development. It introduces “Lord of the Rings: The Battle for Middle-Earth” to a brand new game engine – Unreal Engine 4.

Visit their page for updates: https://www.bfmereforged.org

This is a reminder that ‘Total War Saga: Troy’ has just been released today. As reported a couple of weeks ago it’s up for grabs for free on the Epic Games Store, today only, so hurry up!

There is no catch other than you’ll need to install the client and create a free account with which you can then add it to your library and install it on your computer.

The ‘Total War’- franchise is popular for its epic battles, you could fit tens of thousands of troops at once, depending on your specs.

Based on 19 critic reviews, it’s rewarded with “generally favorable reviews” on Metacritic with a metascore of 75/100. Here’s everything ‘Total War’- related on Keep on Geekin’.

The launch trailer below is to top it all:

We’re really proud to finally announce the release of our beloved Northgard on Xbox, PS4 and Switch!

Northgard on console will feature all the content found in the Steam base version including the major Ragnarok and Relics updates: six clans, a lengthy campaign, cooperative and competitive online play across various maps including the apocalyptic-themed Ragnarok, ranked play and much more. Shiro Games has also ensured that playing using the controller will be effortless, with many tweaks and a completely revamped user interface.

Northgard is a strategy game deeply ingrained with Norse mythology. Players take control of their chosen Viking clan to explore and settle new territories which are filled with untold riches and deadly magical foes, from dire wolves and undead warriors, to giants and great dragons. To bring fame to their clan and write history, players will have to carefully manage their resources, trade with rival clans, befriend or defeat mythical creatures, brave the harshest winters and conquer unforgiving lands. 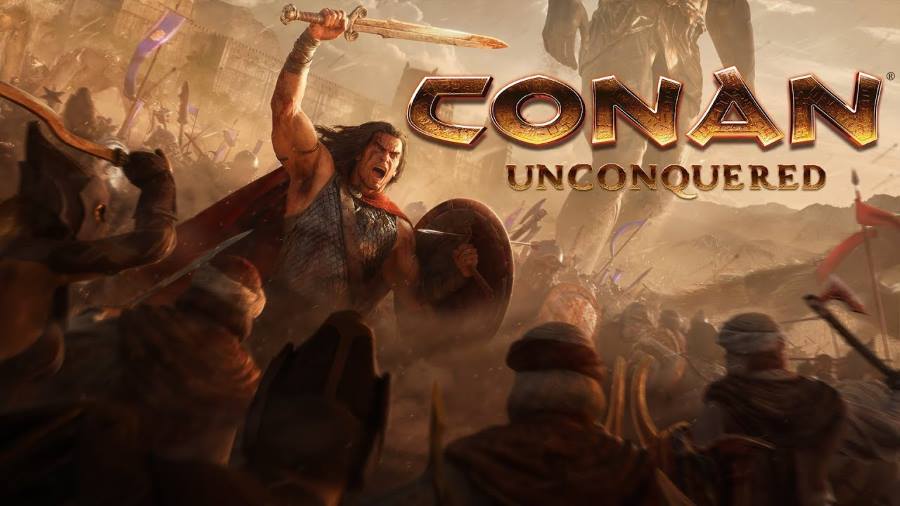 I’ve been a BIG FAN of RTS ever since I’ve played AoE. The Conan- universe has been expanded into movies and even an MMO released not long ago.

Conan Unconquered is the first-ever (real time) strategy game set in the savage world of Conan the Barbarian. Published by Funcom and developed by the Command & Conquer veterans at Petroglyph. These guys know what they’re doing.

There’s also a 5 minutes long video which takes a deeper look into the gameplay, also from the devs:

According to PCGamer, the game is set for a release at the end of this month – 30 May.

Legendary hero Zhuge Liang wanders ancient China searching for a worthy master in the latest Total War: THREE KINGDOMS cinematic. A stunning showcase of the varied land your dynasty could stretch across.

Conan Unconquered is a RTS that’s under development by Pertrooglyph Games – the same studio that it’s working on the Command and Conquer remasters.

25 years after the debut of The Settlers, the legendary build-up strategy series returns

Forced to leave their homelands after a devastating earthquake of mysterious origins, the Settlers set sail towards the unknown in the hopes of finding a new home. Not only will they face countless new challenges, they will also become part of an ancient mystery that will change their lives forever. More info: TheSettlers.com

Discover the beauty of ancient China in the latest Total War: THREE KINGDOMS cinematic trailer, which features the first glimpse of the game’s spectacular campaign map. This stunning video showcases a land of vibrant colours and rich detail, but one plagued by tyranny and turbulence.

The aimed release date of the game for October last year has been missed. You should in stead mark your calenders for February 20, which is the new announced release date. A beta is set for January,  29.

To read more about the game, you should head here.