This series is one of those that I, unfortunately, slept on ’til now. I like fantasy and magic so I saw the trailer and it blew my mind.

The footage was released a couple of months ago BUT the show is back with new episodes on January 15th, so it’s relevant to check it out. I’ve seen some info around the Internet about what might happen next but I think you should follow the show from the beginning, so I won’t reveal anything but the main plot:

After being recruited to a secretive academy, a group of students discover that the magic they read about as children is very real and more dangerous than they ever imagined. But will getting hooked on the thrill of magic distract them from honing their powers when they need them most?

SyFy has released the official comic-con trailer for “Deadly Class,” a new comic book-based series, which is hailing from executive producers Joe and Anthony Russo, the directors of “Avengers: Infinity War.” Benjamin Wadsworth (MTV’s Teen Wolf) stars as a streetwise teen misfit named Marcus, who is recruited to enroll at a special private high school in San Francisco. Once there, Marcus is shocked to discover that his school instructors do more than teach basic education, they also train the students to be world-class assassins.

Set in 2093, Nightflyers is a psychological thriller that follows a team of scientists to the edge of the solar system to find a mysterious alien ship. Coming fall 2018 to Syfy. 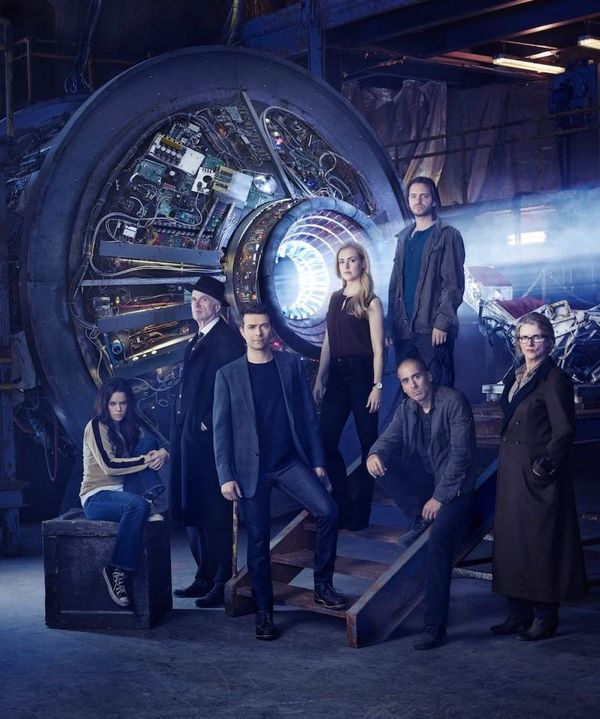 SyFy‘s take on 1995’s classic starring Bruce Willys got positive feedback back to producers and the tv network. A second season begins to air on April, 18.

The showrunner Terry Matalas has made the following statements:
“The scope spans hundreds of years so it does feel a lot bigger. This season is pretty epic in scope,” he told reporters at The Hollywood Reporter. Season 1 was more or less limited to the present and its apocalyptic future.

With more time travel, there needs to be an increase in understanding for the plot elements and the storyline, and the team is certainly aware of the need for knowledge. “When you’re mapping that out, you have to make sure you’re not running into yourself,” Matalas said. “It’s a complicated writing process. It takes a lot, but we have a lot of fun doing it.”